The Manchester City starting XI for the clash against West Ham United at the Etihad Stadium on Saturday evening has gone down in history as the most expensively assembled side in Premier League history.

Take a look at the team in full which has cost approximately £290million:

It could be argued that the money paid to Shrewsbury Town is the club’s best piece of business in the transfer market as Hart has established himself as number one for both club and country.

The only player in this XI not to have cost the rich City owners a single penny as the right-back moved to Manchester on a free after his contract with Arsenal expired in the summer of 2014. 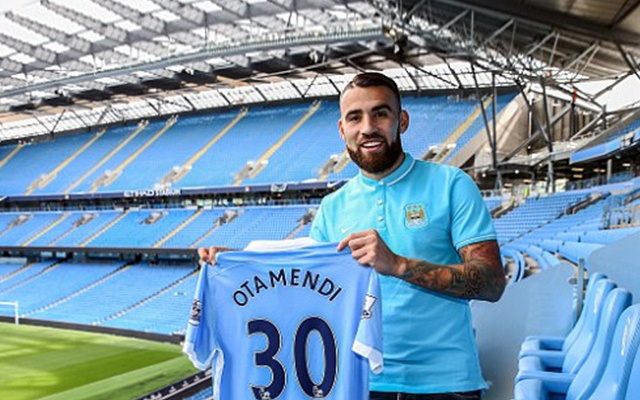 A recent addition to the squad at the Etihad and Otamendi was handed his full debut against the Hammers this evening in place of injured captain Vincent Kompany.

The Frenchman joined the Citizens from Porto last summer for a hefty fee and has begun to show glimpses of his best form at the start of the current season.

Arguably the most underrated member of the City squad as he has been a consistent performer ever since his switch from Serie A giants Lazio in 2010.