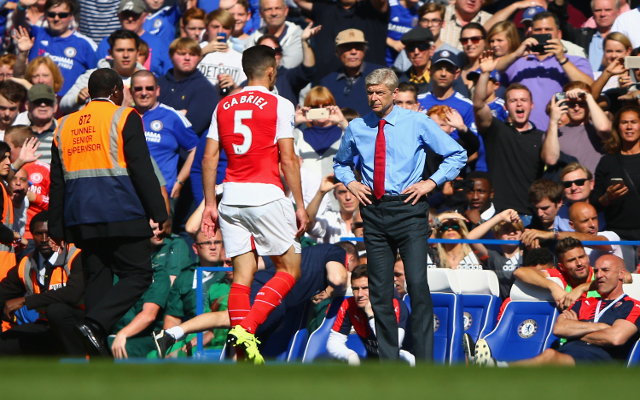 Gunners centre-back ordered off after clash with Stamford Bridge forward.

Chelsea striker Diego Costa got into a spat with fellow Brazilian born Arsenal man Gabriel Paulista, with both players initially handed a yellow card, before the defender was deemed to have stamped on the Blues forward to receive a red card.

The two sides were fairly neck and neck up until the incident late in the first half with neither keeper really tested.

It’s a decision that leaves Arsenal a man down for the second half and will no doubt leave Arsene Wenger fuming.