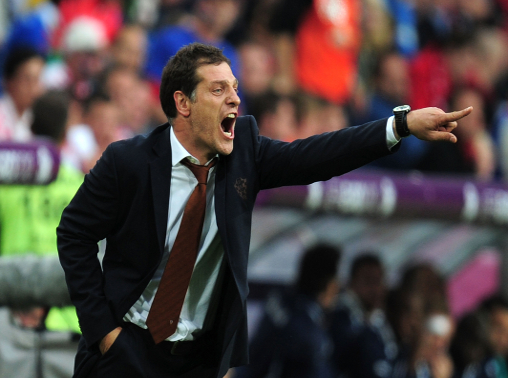 West Ham United’s victory away at Man City on Saturday was, without a doubt, the outstanding result of the weekend’s Premier League matches.

Not only did the Hammers secure three points away against the previously imperious City—ending Manuel Pellegrini’s side’s 100 percent record—they also did so in style.

Indeed, West Ham looked comfortable throughout the contest, taking a lead through loanee Victor Moses on six minutes, before extending it through Diafra Sakho just after the half-hour mark.

While the Citizens halved the deficit on 45 minutes—with a first goal for big-money summer signing Kevin De Bruyne—they failed to truly test Hammers goalkeeper Adrian, with the likes of Sergio Aguero and Jesus Navas appearing particularly out of sorts.

However, while much of the fall out will doubtless focus on Man City’s struggles, in fact, West Ham should receive their fair share of praise.

In defeating City, the Hammers have broken a record; never before have they defeated Arsenal, Liverpool and Manchester City away in one season.

However, only six games into this campaign, they have done just that!

How far can Slaven Bilic take the Hammers up the Premier League table this season?