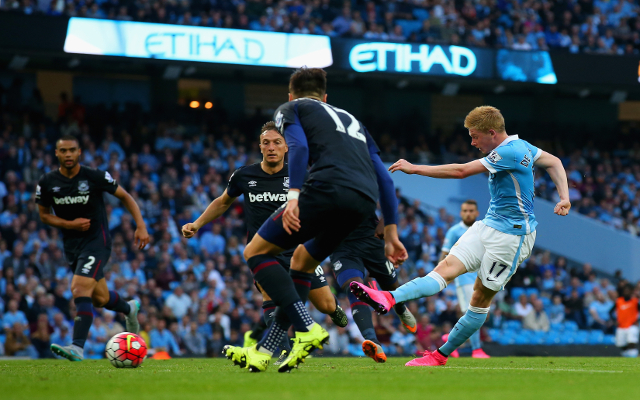 Belgian international Kevin de Bruyne saw his Man City side slump to a surprise home defeat to West Ham in his first Premier League start for the Etihad Stadium side and has demanded more of his title chasing club according to Goal.com.

West Ham took a two goal lead after barely half an hour, thanks to goals from Victor Moses and Diafra Sakho, and that left Manuel Pellegrini’s side with too big a mountain to climb.

“We tried everything to put pressure on them,”

“In the second half they didn’t create one good chance. Maybe our last pass wasn’t good but we didn’t play badly.

“We didn’t start well or defend well for their two chances. We have to learn from this.”

The 24-year-old former Chelsea and Wolfsburg man went on to add.

“I try to do everything today to help the team, but it wasn’t enough. I am happy with how I am integrating.

“In a few weeks when I am settled it will be even better for me.

“If you lose these games you have to go on quickly. We tried to have a good reaction after Juventus but now we go on to Tuesday.”

De Bruyne netted for Man City with a long range effort but Pellegrini’s side still slumped to their first Premier League defeat of the season though do still retain top spot in the table.