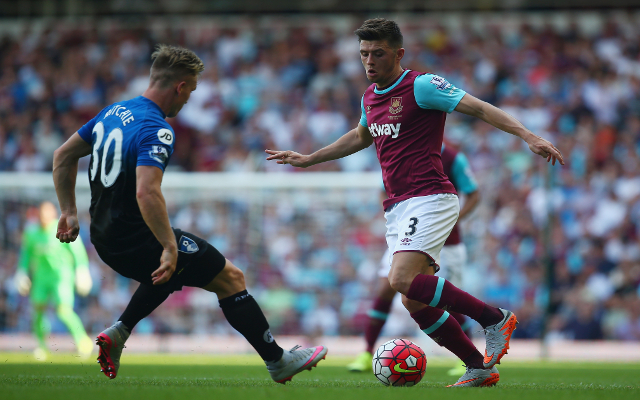 25-year-old Hammers star left Ipswich Town for Upton Park in July 2014 and hasn’t missed a Premier League match since and has been in fine form under new boss Slaven Bilic.

Cresswell has helped his East London side to superb start to the season with West Ham picking up four wins from their opening six Premier League fixtures, most notably picking up away victories at Arsenal, Liverpool and Man City.

Louis van Gaal saw 20-year-old England international Shaw suffer a double leg fracture during Man United’s Champions League defeat at PSV Eindhoven and The Sun believe the former Southampton man could be out for the entire season and as such it’s not a surprise the Dutch boss would be looking at bringing in an alternative left-back option.

Van Gaal can currently call upon the likes of Daley Blind, Marcos Rojo or Ashley Young to fill the left-back berth but none of this trio are regulars in the role and as such using them for a prolonged period of time is something of a calculated risk the Man United manager will have to consider when the January transfer window opens.