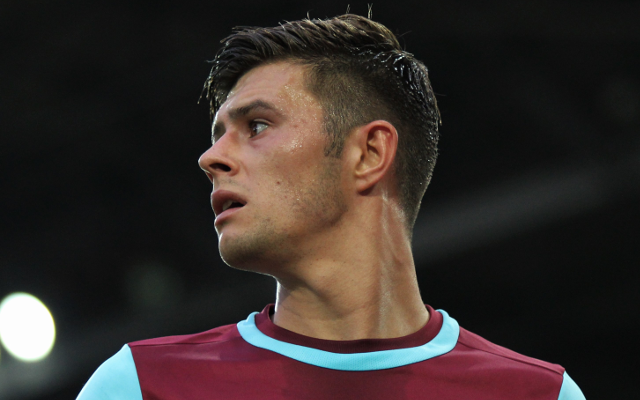 Manchester United are considering a £15m move to sign West Ham United left-back Aaron Cresswell in the January transfer window, according to The Sun.

The Hammers defender really caught the eye in the Premier League last season, making the smooth transition from Championship football to the top flight after joining from Ipswich Town.

Louis van Gaal is clearly impressed by Cresswell’s displays, and has a need for a new left-sided full-back after losing Luke Shaw to injury against PSV earlier this week.

After a strong challenge from Hector Moreno, Shaw went off on a stretcher in Eindhoven and The Sun claim he could end up missing the rest of the season with the double leg fracture he sustained in the match.

This would undoubtedly be a huge blow for United, who have little in the way of backup in this position, with central defender Marcos Rojo coming on as a substitute at the time.

Although the Argentine can fill in on the left, as he did for much of his country’s run to the World Cup final last summer, it is not his best position and he lacks the quality going forward to be a complete full-back or wing-back suited to Van Gaal’s style of play.

Cresswell, meanwhile, has done well going forward for West Ham, showing his quality on the ball with two goals from defence last season, and two assists already this term.

The Sun claim he could cost around £15m, which looks a decent price in today’s market.