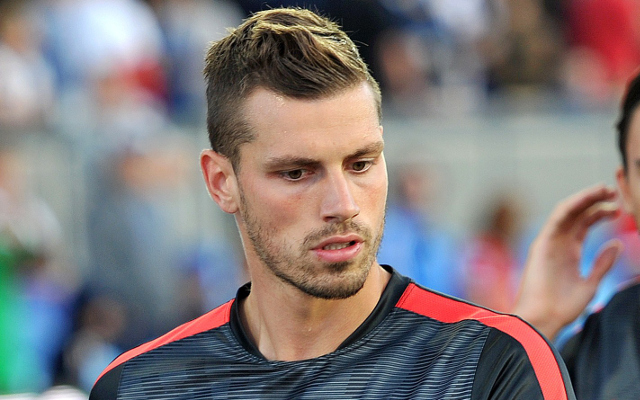 After the match, Red Devils midfielder Morgan Schneiderlin discussed how it felt to return to Southampton—where he spent seven years before leaving during the summer.

“It was strange to go to the away dressing room,” he began, as reported by the official Premier League. “Southampton is a great club and I wish them the best.”

Schneiderlin: “It was strange to go to the away dressing room. Southampton is a great club and I wish them the best.” pic.twitter.com/BaZUDZKalC

The French international also took a moment to compliment his compatriot—and fellow new United addition—Anthony Martial, who continued his scoring run in the EPL. “He is an amazing talent,” Schneiderlin began, as reported by the Official United Twitter handle, “he’ll be a great player for Manchester United.”

Schneiderlin on Martial: “He’s an amazing talent… he’ll be a great player for Manchester United.” #mufc

Southampton opened the scoring through Graziano Pelle, but his effort was cancelled out by Martial on 34 minutes, before the youngster gave United the lead on 50 minutes.

United extended their lead through Juan Mata on 68 minutes, and while Pelle struck again to set up a tense finale, the Red Devils—for whom David De Gea was excellent—clung on for a valuable victory.

Schneiderlin didn’t, perhaps, deliver one of his finest performances in a United shirt, but proved how he can be quietly effective in the heart of the park.

The midfielder managed a pass accuracy of 95.2 percent (the third-highest of United’s players), and also contributed two tackles, three interceptions and four clearances.

So far this season, the Alsace-born player has featured six times for the Red Devils in the EPL—making five starts—and is in the top ten in the division for pass accuracy, an indicator of his value for Louis van Gaal’s side.