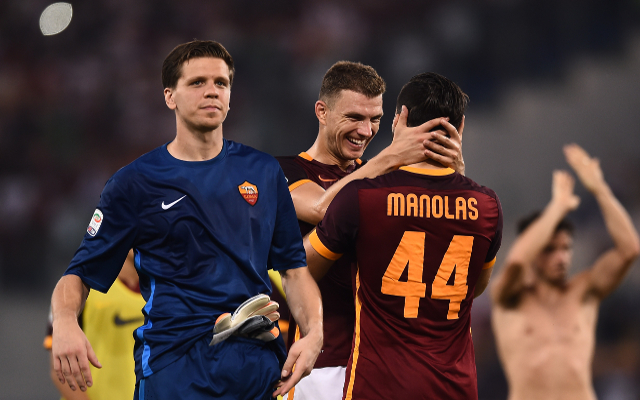 AS Roma defender Kostas Manolas has responded to speculation linking him with a move to Chelsea with the Greek international pointing out that he is tied down to a five year contract with the Stadio Olimpico side according to CalcioMercato.

The 24-year-old centre-back has impressed since moving to the Italian capital in the summer of 2014 and talk of Jose Mourinho targeting a fresh defensive option is perhaps unsurprising given how leaky his Blues defence has been this term.

Chelsea picked up their first Premier League clean sheet on the weekend, at the sixth time of asking, and their tally of 12 goals conceded is the second worst record in the top tier, with bottom of the table Sunderland having leaked 13.

Jose Mourinho appears to now see a pairing of Gary Cahill and Kurt Zouma as his strongest option, leaving veteran skipper John Terry warming the bench, and the Chelsea manager may well look to snap up Manolas in January.