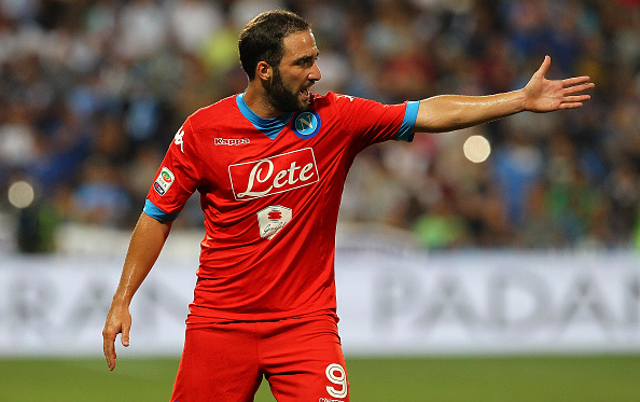 Napoli striker Gonzalo Higuain is thought to be a top transfer target for Arsenal again as January approaches, but the player insists he is just focusing on his current club.

The Argentine international, who has also attracted some interest from Chelsea and Manchester City in recent months, has long been regarded as one of the best finishers in Europe’s top five leagues.

Higuain scored 27 goals last season and would be ideal for Arsenal’s current needs up front, though he has attempted to play down speculation that he could be on the move, according to the Daily Express.

“I don’t think about what happened in the past, as I am focused on the future. I stayed here to take Napoli back into the Champions League,” the former Real Madrid man is quoted as saying.