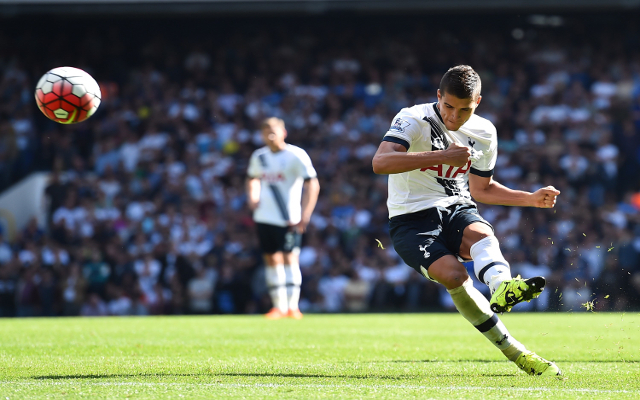 Serie A title holders Juventus are keen on Tottenham forward Erik Lamela according to Spanish source Fichajes but one wonders just how much they are willing to pay for the Argentine.

Massimiliano Allegri’s side picked up their first win of their Serie A campaign over the weekend and are certainly suffering as a result of seeing three key players leave over the summer.

Their interest in 23-year-old Spurs flop Lamela is however a little hard to fathom.

Yes the creative South American impressed during his time at AS Roma but he has been nothing less than a massive failure over the course of his two years at White Hart Lane.

Lamela has racked up just two goals in 43 Premier League appearances and has offered very little by way of influence in the final third and the club record £30m the North London side paid for the player is now looking like a real waste of money.

No doubt boss Mauricio Pochettino and chairman Daniel Levy would be open to selling Lamela but would surely demand at least half the sum they forked out for the player in the summer of 2013 but even that sum may prove too costly for any prospective suitor.