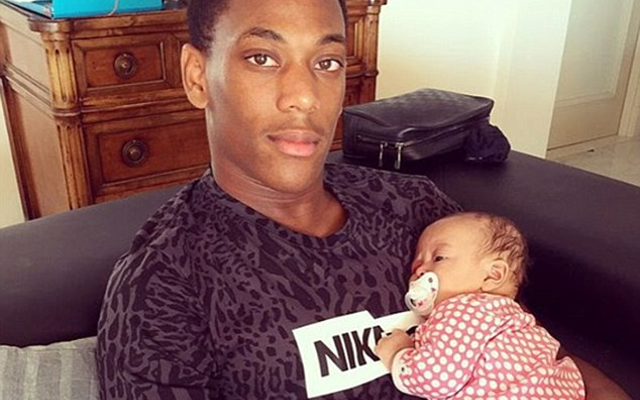 Anthony Martial’s baby daughter with Man of the Match gong!

Manchester United striker Anthony Martial scored two fine goals for his new club as they beat Southampton 3-2 in the Premier League this weekend, continuing his great start in English football.

Away from the pitch, Martial is also enjoying life, with his partner greeting him at home by showing off the Man of the Match award collected after the win.

Samantha Martial then posted this adorable photo to her official Instagram page!