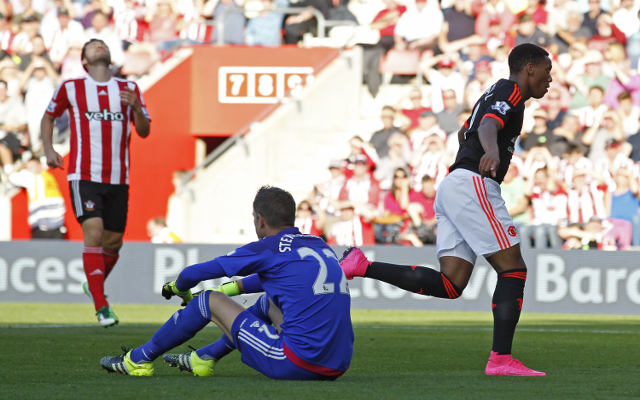 Man United midfielder Morgan Schneiderlin is confident that new signing Anthony Martial will deliver the goods for the Old Trafford side.

The teenage French international cost Louis van Gaal a reported £36m fee on transfer deadline day, a sum that many in the game had questioned, but the former AS Monaco man has already shown what he is capable of.

“He’s like you see him in a game, very calm, very relaxed, his head is on his shoulders.

“He’s an amazing talent, many people would have been confused by the price tag but he came to the Premier League on his toes.

“He just wants to do the best, he’s a very intelligent guy, very calm, has shown great composure, great skill and great power. He will be a great player for the future of Manchester United.” Schneiderlin added.

Back to back wins have seen Louis van Gaal’s side climb up the table and Man United now sit in second place just two points behind local rivals Man City.