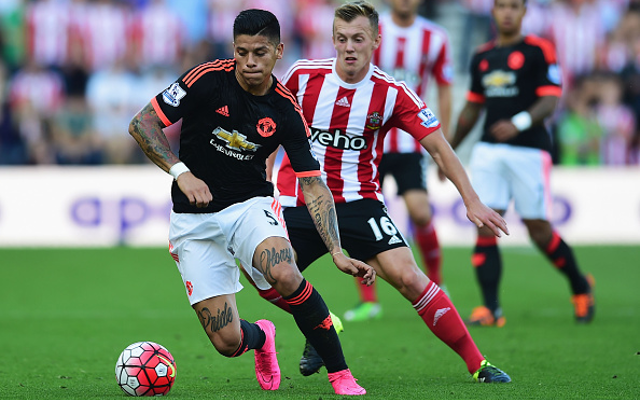 Manchester United ace had to fight for his place.

Manchester United defender Marcos Rojo is revealed to have had to rescue his career at Old Trafford from the brink, according to reports today.

The Argentine international angered manager Louis van Gaal during the summer as delays over getting his passport sorted out meant he couldn’t travel with the squad for their pre-season tour of the US.

According to the Daily Star, Rojo turned down the chance to leave United for AS Monaco as part of the deal for Anthony Martial, and instead chose to fight for his place in Van Gaal’s plans.

With Luke Shaw now out injured for the rest of the season, the 25-year-old looks to have convinced his manager that he can be part of the solution at left-back in his absence.