Arsenal have had many enemies down the years, and here’s our list of top ten biggest pantomime villains for Gunners fans, including Chelsea‘s Diego Costa…

A similar player to Costa in his ability to wind defenders up, Ruud van Nistelrooy got under Arsenal’s noses many times in his Manchester United career, sparking the ‘battle of Old Trafford’ in 2003, as pictured below…

Never forgiven for his brutal tackle that broke Aaron Ramsey’s leg back in 2010, Stoke City captain Ryan Shawcross has been branded a thug by Gunners fans, especially as he never truly owned up for the incident. 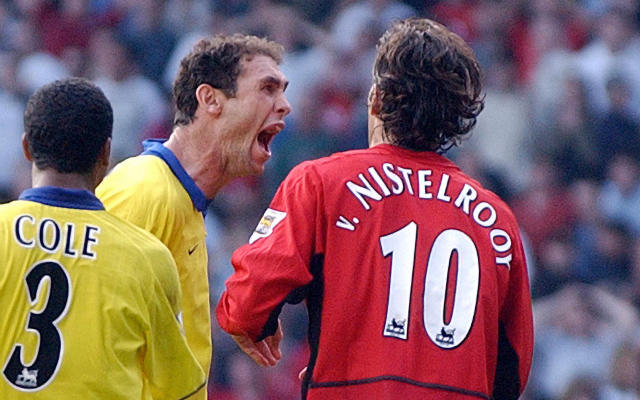