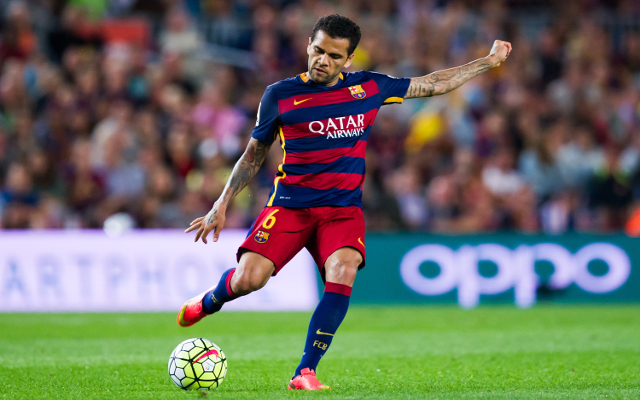 Chelsea boss Jose Mourinho has set his sights on Barcelona veteran Dani Alves as a replacement for off-form Serbian Branislav Ivanovic according to TuttoMercato.

Ivanovic has put in a series of inept displays for Chelsea this season and though he repaired some of the confidence Mourinho had in the experienced defender, it appears Alves is now a genuine Blues target.

Chelsea have chased the 32-year-old over the summer but were scared off after the former Sevilla man signed a new contract wit the Nou Camp outfit, however the Premier League side are ready to make a fresh move for the wide-man.

Dani Alves was injured during Barcelona’s opening weekend win over Athletic Bilbao and Luis Enrique’s side then picked up wins over Malaga and Atletico Madrid without the Brazilian, who then returned for the Catalan club’s 4-1 win over Levante.

Clearly Alves wouldn’t provide a long-term replacement for Ivanovic but would offer Mourinho a reliable option to fill the void were the Chelsea man to be ushered to the Stamford Bridge exit when his contract expires next summer.

Alternatively Mourinho could look to switch Cesar Azpilicueta back to right-back with new signing Baba Rahman capable of filling the left-back berth.