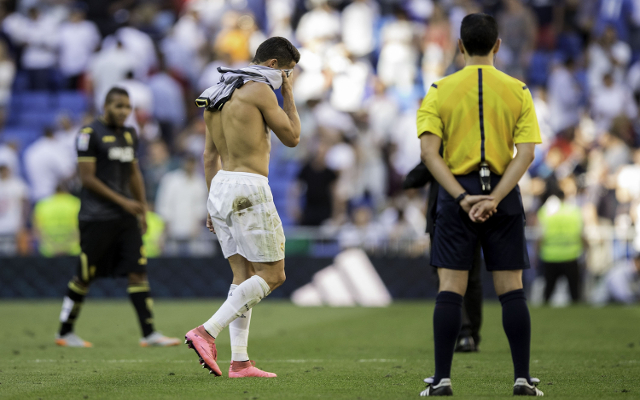 Manchester United are ready to make a fresh move to lure Cristiano Ronaldo back to Old Trafford according to the Daily Mirror.

The 30-year-old is ready to quit the Bernabeu and Man United will fight PSG to secure a deal to sign the La Liga goal-machine.

Man United will match the forward’s current £15m a year wage demands, know doubt fully aware of the promotional benefits of such a capture would bring to the club.

Ronaldo spent six seasons at Man United, netting 118 goals, before he left for Real Madrid in 2009 for a then world record £80m fee and are ready to break the bank to secure his signing next summer.

The two time Ballon d’Or winner has of course gone on to become a massive success in the Spanish capital, scoring an astonishing 321 goals in 305 appearances for Real Madrid, though has only won one La Liga title in his six completed seasons with the club.

Man United will have to hope the allure of a return to the club that helped make him a star would trump a possible fresh start at Ligue 1 big-spenders PSG.