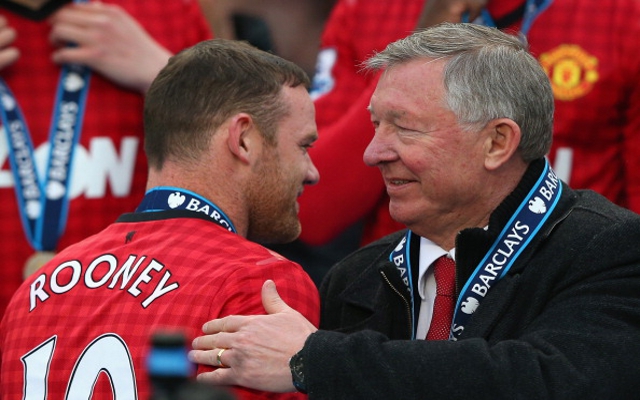 Former Man United manager Sir Alex Ferguson has revealed in his new autobiography ‘Leading’ that he used Wayne Rooney’s contract wrangle to help secure himself a double-money pay-rise according to the Daily Telegraph.

The all-time leading England international goal-scorer had threatened to leave Old Trafford if his contract demands were not met and was subsequently handed a massive £250k a week contract in 2010, which led to Sir Alex Ferguson meeting with the club’s owners.

“When the Glazers and David Gill agreed to a big increase in Wayne Rooney’s salary in 2010, they wanted to know how I felt,” Ferguson said.

“I did not think it fair that Rooney should earn twice what I made and Joel Glazer immediately said, ‘I totally agree with you but what should we do?’

“It was simple. We just agreed that no player should be paid more than me.

“We agreed in less time than it takes to read the previous sentence.”

It was perhaps a very wily move by the Scot as he was duly given a fresh new pay-rise following Wayne Rooney’s securing of his own big-money deal.

Sir Alex Ferguson retired from the game in the summer of 2013, having clinched a Premier League title in his final season at the club, and has watched on as Man United have struggled to fight for major honours under first David Moyes, and then Louis van Gaal.