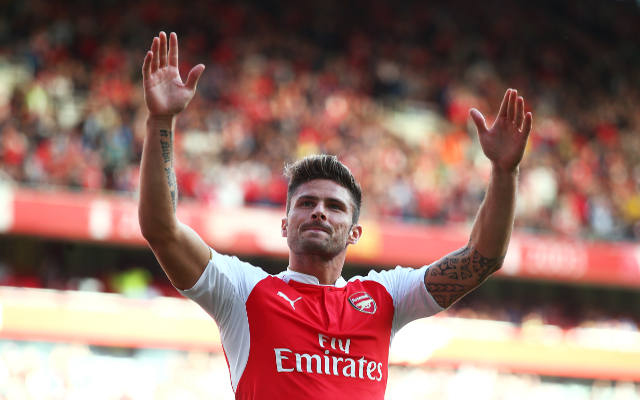 Arsene Wenger is ready to name a number of first-team players in his starting eleven for Arsenal’s local derby Capital One Cup clash with Tottenham on Wednesday night according to the Daily Mirror.

Wenger is usually well known for opting to blood young unproven talents in League Cup action but is set to recall Olivier Giroud to lead his attack, the Frenchman having been dropped for Arsenal’s 2-0 defeat to Chelsea.

Giroud has netted twice in Premier League action thus far this term but Arsene Wenger opted to use Walcott during Saturday’s Chelsea encounter, the England man having impressed in recent weeks.

The 28-year-old French international was sent off during Arsenal’s 2-1 Champions League defeat to Dinamo Zagreb and will hope to make the most his involvement in midweek.