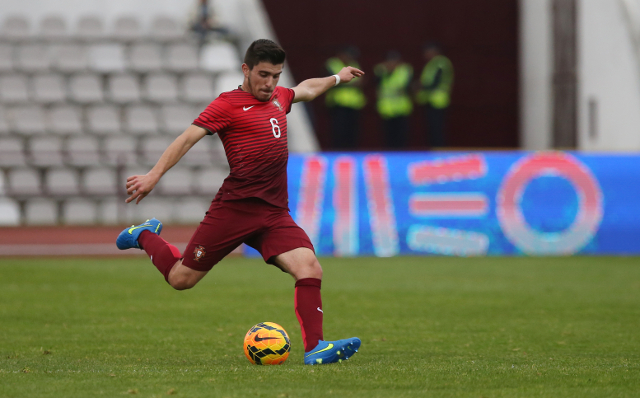 Barcelona look set to join Premier League giants Chelsea and Arsenal in the race to sign Porto wonderkid Ruben Neves, who has been compared with Sergio Busquets.

The 18-year-old midfielder is a huge talent, and has recently been linked with a possible move to England with Chelsea, Arsenal and Liverpool, but could now be targeted by Barca.

Neves is a strong tackler and intelligent defensive player with good ball distribution, showing he could already be well-placed to make the step up to a bigger club.

According to Spanish source Fichajes.com, Barcelona are now set to beat their Premier League rivals for the youngster’s signature, and it could be their fine record of bringing through young players that has swung it in their favour.