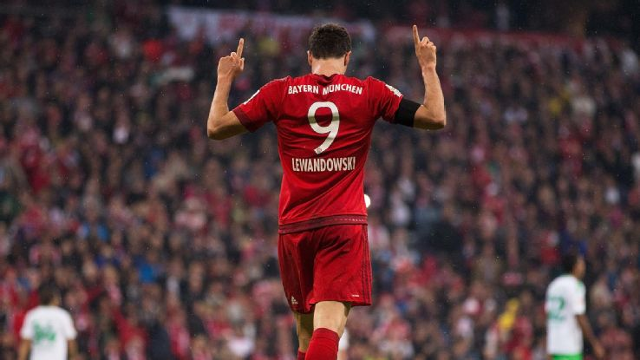 The agent of Bayern Munich striker Robert Lewandowski has responded to rumours of interest in his client from Manchester United, Barcelona and Real Madrid.

The Polish international was in sensational form this week, scoring five goals in an eleven-minute spell after coming on as a substitute as his club beat Wolfsburg 5-1 in the Bundesliga.

One of the very best forwards in world football, Lewandowski has been linked with United in the past, but his agent has commented on the possibility of these moves by appearing to rule out Old Trafford in particular.

Quoted in AS, his agent said: “Manchester? It always rains there. Barcelona or Madrid? They are nice places.”