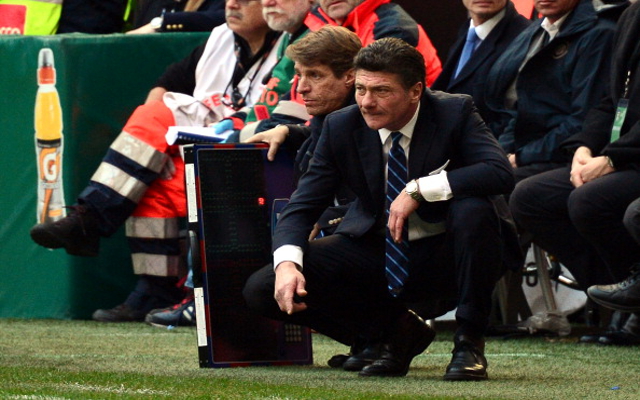 Sources in Italy have reported that Italian coach Walter Mazzarri is flying into Liverpool ahead of talks which may conclude with him replacing Brendan Rodgers as Reds boss.

According to Italia 24 News, the former Internazionale coach has been chosen as the Northern Irish coach’s successor, and has flown to Merseyside on Friday in order to discuss the managerial role at Anfield.

According to an Italian news site, this is Walter Mazzarri in Pisa airport this morning, about to fly to Liverpool. pic.twitter.com/x1tBBc82Wv

The pressure has been increasing on hapless Rodgers over the last few weeks following the Merseysiders’ poor start to the season.

Having slumped to a sixth-place finish in the league last season, Rodgers’s side have failed to impress so far this term.

They were beaten by fierce rivals Manchester United only a week after being defeated 3-0 at home by West Ham United. Last weekend, they could only manage a 1-1 draw with Norwich City, while it embarrassingly took penalties to see off Carlisle United in the League Cup.

It appears as though Fenway Sports have finally opted to pull the plug on the Rodgers regime, bringing in Mazzarri in an attempt to steer the giants back to success.

The 53-year-old previously managed the likes of Sampdoria, Napoli, Inter and Reggina.