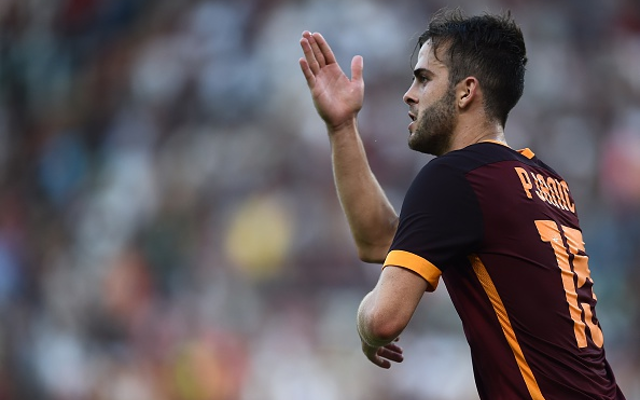 Atletico Madrid look to be focusing their efforts into signing AS Roma midfielder Miralem Pjanic ahead of the likes of Liverpool and Manchester United this January.

The Spanish giants have brought some big names to the Vicente Calderon in recent times, having shown themselves to be a force in the European game with a title win in La Liga in 2013/14 as well as a run to the Champions League final.

Pjanic would be another fine buy for Diego Simeone’s side, having caught the eye in Serie A down the years with some intelligent and creative midfield performances.

According to Fichajes.net, this could now see the Bosnian international make the move to Madrid in January, though it remains to be seen if Liverpool or United could revive their interest.