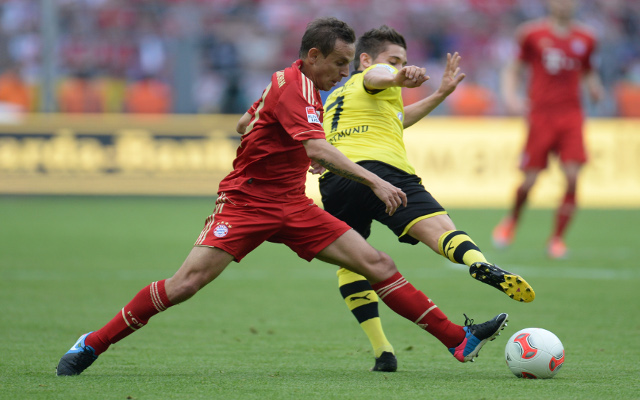 Arsenal reportedly made an official approach to sign Bayern Munich right-back Rafinha during the summer transfer window, though he turned down the move.

The experienced Brazilian international has not always been a regular during his time at the Allianz Arena, but has shown himself to be a top performer in the Bundesliga down the years.

Arsenal were also linked with Rafinha’s team-mate Robert Lewandowski during the summer, but seemingly failed to convince the Polish international to move to the Emirates Stadium as well.

It was a difficult summer for Arsene Wenger, who has come under criticism for only bringing in goalkeeper Petr Cech from Chelsea, and not strengthening with any new outfield players.