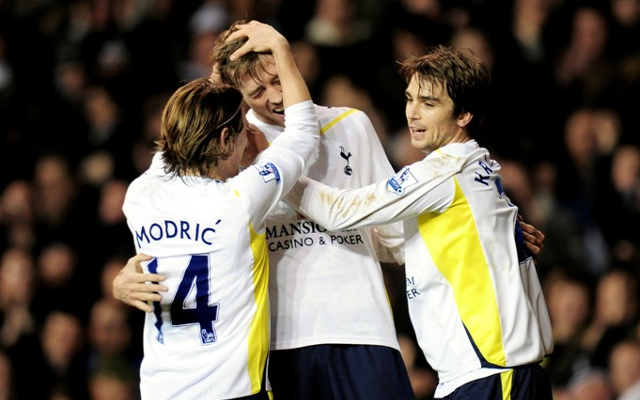 Former Tottenham striker Peter Crouch has made the shock claim that his old club have gone backwards since selling him in 2011!

The ex-England international was part of Harry Redknapp’s Spurs side that made it to the quarter-finals of the Champions League, and beat big names like Inter Milan and AC Milan along the way.

It’s fair to say that Tottenham have not been as good since then, though Crouch may be overstepping the mark a little by suggesting he played a big part in that success.

“The side I played in was fantastic we had some amazing players, and I think they have gone backwards since then – it’s pretty obvious to say that,” the Stoke forward is quoted on talkSPORT.

“A lot of those players have moved on for whatever reason, and they’ve tried to replace them with foreign players – players who perhaps don’t know the league as well as the players I played with.

“There’s been a couple of changes in management as well, so it’s not as settled there as it was when I was at the club.”