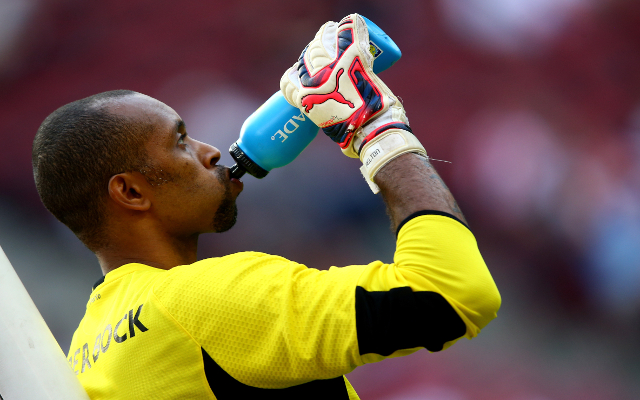 Chelsea have drawn up a short-list of goalkeeper targets with Jose Mourinho fearing that the possible loss of Asmir Begovic, with first-choice custodian Thibaut Courtois already sidelined, could prove disastrous.

Mourinho sold Petr Cech to Arsenal over the summer and brought in Begovic from Stoke City. However, he has since seen Courtois sent off in Chelsea’s Premier League opener and was then hit with the news that the Belgian would be ruled out until at least mid-December with a knee injury (via the Daily Mirror).

Chelsea picked up their first clean sheet in six Premier League fixtures when they overcame nine man Arsenal last weekend and one can well understand Mourinho’s concern as his options between the sticks.

Should Begovic suffer an injury, the West London side would currently be forced to turn to turn to 21-year-old Jamal Blackman, who is yet to play a single minute of Premier League action.

37-year-old Brazilian born Helton is into his 11th season at FC Porto and has made over 300 appearances for the Portuguese giants. The Daily Mail state that the veteran is ‘out of favour’ at the Primeira Liga outfit.