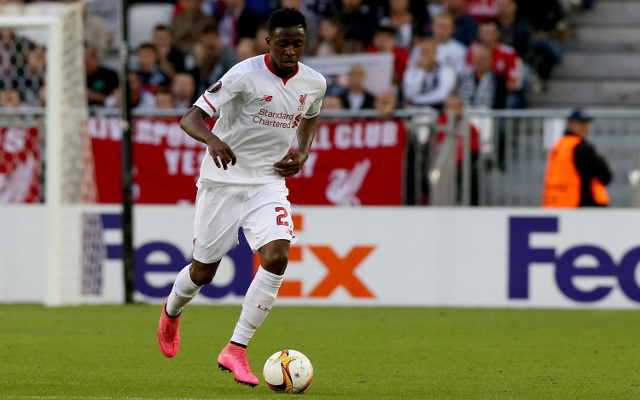 Liverpool forward Divock Origi could be sent out on loan in January with Brendan Rodgers having barely used the Belgian thus far this term.

The Daily Star claim that the 20-year-old may be sent out on a temporary basis so as to secure some much needed top level experience.

Origi has managed just 16 minutes of Premier League action this season with the likes of Daniel Sturridge, Christian Benteke and Danny Ings all ahead of the former Lille man in the Liverpool pecking order.

Bordeaux and Stuttgart are both said to be keen on bringing in Origi but it’s Norwich City who may stand the best chance of landing the forward as such a switch would offer the Liverpool man a good chance to get to grips with Premier League action.

Liverpool paid £10m for Origi back in July 2014 and then immediately loaned the youngster back to Lille for 2014/15, during which he netted eight Ligue 1 goals for the French side.