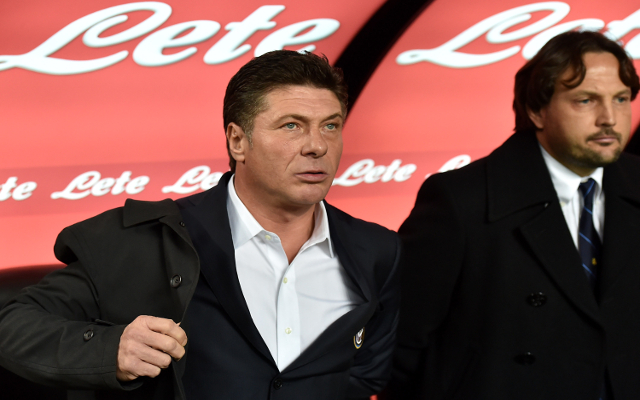 Anfield boss set for the sack.

Liverpool are set for talks with experienced Italian manager Walter Mazzarri as pressure on current Anfield boss Brendan Rodgers grows according to the Daily Express.

The odds on Rodgers being the first Premier League managerial casualty of the season have been slashed and the Northern Irishman is now the favourite for the boot and Liverpool have been heavily linked with a number of possible appointments.

Both Carlo Ancelotti and Jurgen Klopp have been strongly linked with a move to take over at Liverpool, should Rodgers be sacked, but it appears now 53-year-old Mazzarri may be the man for the job.

Mazzarri impressed during his four year spell in charge of Napoli, during which time he led the San Paolo side to four consecutive top six finishes, before taking over at Inter Milan, where he lasted just 18 months before he was sacked last November.