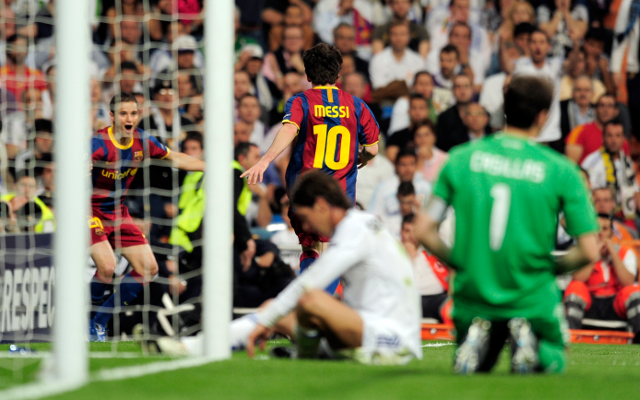 Barcelona superstar Lionel Messi has been taken to hospital after suffering injury during the Catalan giants’ La Liga bout against Las Palmas.

The Argentine forward went down clutching his knee on three minutes, and spent two minutes sprawled on the Camp Nou turf.

Initially, the doctor appeared to signal to the bench that the diminutive hero could continue, but after a few more minutes of action, it became clear that Messi would be unable to continue.

The incident happened as the attacker challenged for the ball with Las Palmas keeper Javi Varas, with the South American receiving an almighty hit to his left knee.

He was replaced by Munir in the tenth minute, and has subsequently been taken to hospital for tests.

The injury has clearly causes some consternation among Barca’s faithful. Not only are the fans in the terraces twitchy following the attacker’s misfortune, but Andres Iniesta was also clearly very agitated on the bench.

Despite the absence of their talisman, Barcelona eventually took the lead through Luis Suarez, who scored after an assist from Sergi Roberto.