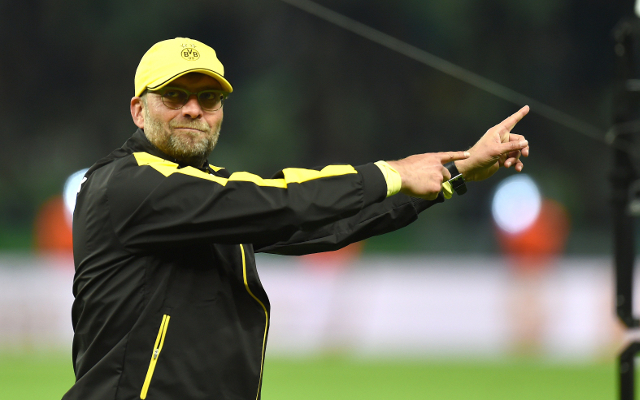 Jurgen Klopp is ready and waiting to take over as Liverpool boss as pressure on Anfield boss Brendan Rodgers continue to grow despite the club’s weekend win over Aston Villa according to the Metro.

The 48-year-old German left Borussia Dortmund at the end of the 2014/15 campaign and is apparently ready to cut short his sabbatical in order to take over at Liverpool.

Brendan Rodgers has seen star players leave over the course of the past two summer transfer windows, Luis Suarez and Raheem Sterling, and many have questioned the manner in which the Northern Irishman has invested funds accrued from those sales.

Liverpool secured a runners-up Premier League finish in 2013/14, running Man City close for the title, but then slipped down to sixth in 2014/15 and have started the current campaign in mixed fashion.

Rodgers side sit in seventh place in the table with Saturday’s win over struggling Aston Villa helping to potentially buy the Liverpool manager some time.

Klopp enjoyed a great deal of success during his seven years in charge at the Westfalenstadion, helping Dortmund to two Bundesliga titles as well as guiding the German side to the Champions League final in 2013.