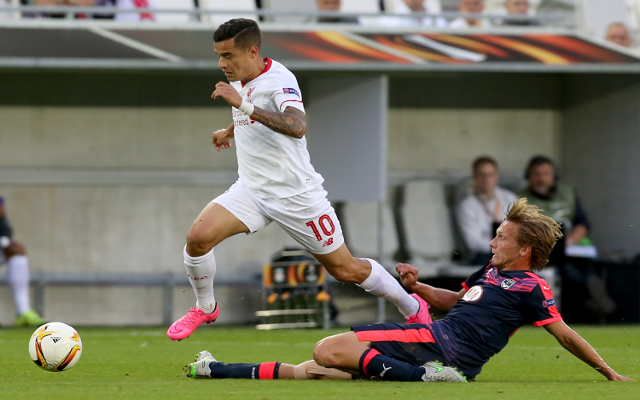 Huge deal between Liverpool and Barcelona looks on the cards.

Barcelona could be readying a huge raid for Liverpool playmaker Philippe Coutinho either in January or next summer, according to latest reports.

The Catalan giants are said to be big admirers of the Brazilian international’s talents, with Coutinho establishing himself as one of Liverpool’s most important players and indeed one of the very best in the Premier League.

With the Reds struggling to make it into the Champions League or to challenge for major honours, it could be fairly easy for Barca to persuade the 23-year-old to quit Anfield for the Nou Camp.

According to the Sunday Times, Coutinho is likely to be one of Barcelona’s top targets for either January or next summer, with the creative attacker likely to make a good replacement for the legendary Xavi.