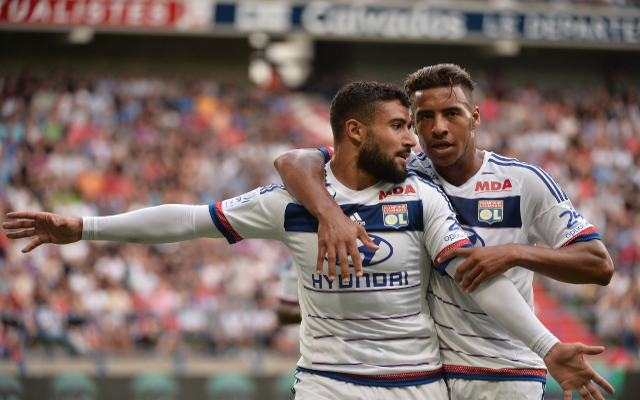 Manchester United are keen on young Lyon attacker Nabil Fekir, according to Fichajes via the Daily Mirror.

The 22-year-old is currently sidelined with a ruptured knee ligament injury that could keep him out of action for at least six months (via Goal.com).

Prior to his injury, suffered whilst on international duty, Fekir was in fine form for his Ligue 1 side this term.

Fekir has netted four goals in four Ligue 1 starts this season and last term he formed a superb partnership with prolific forward Alexandre Lacazette, the versatile Old Trafford target scoring 15 goals in all competitions and finishing the 2014/15 campaign as one of the top assist makers in the French top tier, only three players provided more assists for their teammates.

Fekir can play either in an attacking midfield role or up front as a supporting striker and played alongside United new boy Anthony Martial briefly during their shared time in Lyon’s academy system.

Louis van Gaal has seen his side put together a good run of results in recent weeks, and they now sit pretty at the top of the Premier League. However, they could perhaps still do with some additional creative endeavour, and Nabil Fekir is certainly a player with a bright future.