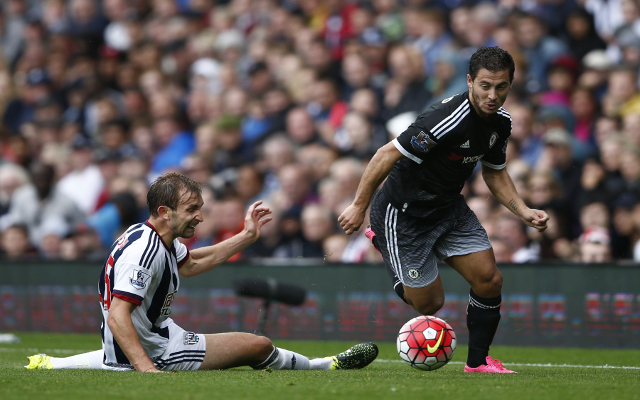 Real Madrid president Florentino Perez has set his sights on Chelsea star Eden Hazard, and the Sunday Times claims that the Spanish side are ready to spend big to land the Belgian international.

24-year-old attacker Hazard has proven a big success since leaving Lille for Stamford Bridge in 2012, and is crucial part of Jose Mourinho’s first-team set-up. One imagines the Blues boss would not be keen on losing the player to his former employers.

Over the course of his first three seasons in West London, Eden Hazard has amassed 49 goals and 40 assists, and last season was awarded the PFA Player of the Year award as Chelsea romped to a Premier League title triumph.

Things haven’t gone quite as planned for both Chelsea and Hazard in 2015/16, with Mourinho’s side in the wrong half of the table after suffering three defeats in their opening seven top-tier fixtures.

Chelsea are under no pressure to sell their star man given the backing the club gets from billionaire owner Roman Abramovich, and the fact that Eden Hazard is tied down to a long-term contract, that runs until 2020 (via ESPN) it would require a massive fee to wrestle the player from the Premier League title holder’s grasp.

It’s not entirely obvious as to where Hazard would fit into Rafa Benitez’s first team set-up at the Bernabeu, given the presence of a host of creative attacking options including Cristiano Ronaldo, Gareth Bale, James Rodriguez and Isco.