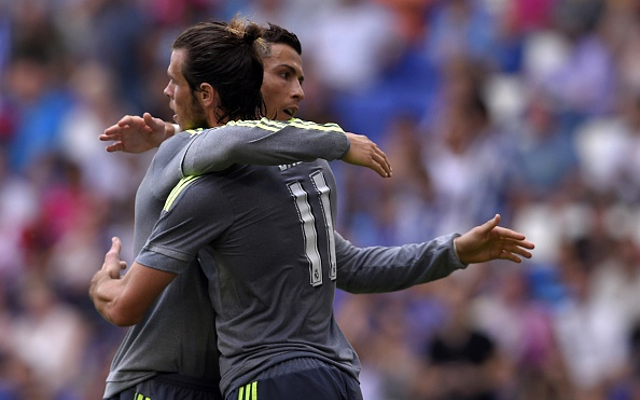 Real Madrid look ready to sell either Cristiano Ronaldo or Gareth Bale to Manchester United next summer after reports that they are targeting a move for Chelsea star Eden Hazard.

The Spanish giants are plotting an ambitious raid for one of the Premier League’s best players, as club president Florentino Perez looks to continue his ‘Galactico’ transfer policy.

Still, this would be an expensive move, and the Sunday Times claims that Real are aware they could raise a great deal of money by selling United targets Ronaldo and Bale, with Paris Saint-Germain also interested in the former.

United were strongly linked with both players for much of this summer, but a move could not be agreed as the Red Devils also missed out on big names like Marco Reus, Thomas Muller and Neymar.