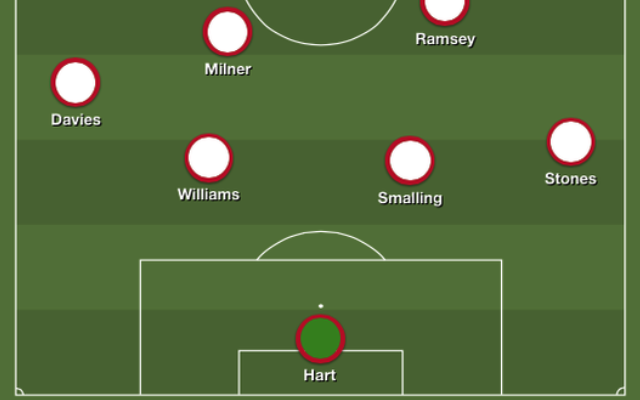 To mark the occasion, a few obsessed football fans have selected their Best of British starting XIs.

There was no room for England record goalscorer Wayne Rooney in Rob’s side.

The Manchester United striker, who has bagged 50 senior international goals in 107 games, was snubbed to make room for homegrown Tottenham Hotspur hero Harry Kane, who has netted three times in four matches for the Three Lions.

Liverpool’s Daniel Sturridge, who recently marked his return from injury by scoring two goals in a 3-2 win over Aston Villa, was also overlooked.

Wales are currently above England in the FIFA World Rankings, so it should comes as no shock that four of Chris Coleman’s star men make the XI, including Real Madrid’s Gareth Bale and Gunners midfielder Aaron Ramsey.

FIFA 16 cover star Jordan Henderson has not been included because he is currently injured, which is also why Ben Davies gets in ahead of Luke Shaw at left-back.

The most unsurprising thing about Rob’s team is that there no Scotland or Northern Ireland players make the cut!

Shaw and Henderson not included due to current injuries. Rooney misses out because Prince Harry is better than him!

In Rob’s Twitter bio, he confesses to being a Tottenham Hotspur fan, so perhaps that explains the inclusion of Kane and Davies!