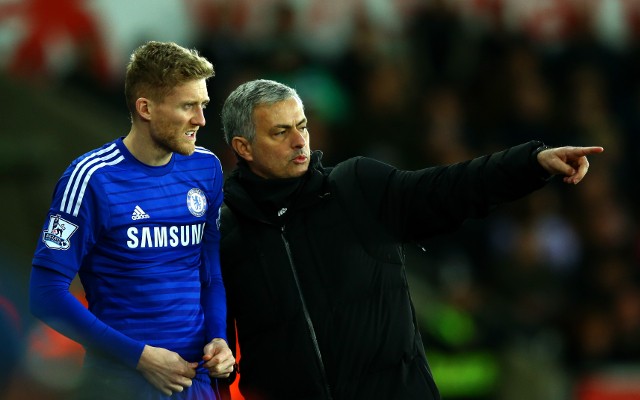 Wolfsburg star Andre Schurrle has lifted the lid on his relationship with Chelsea boss Jose Mourinho and his up and down spell at the Stamford Bridge club.

Schurrle left Bayer Leverkusen for the West London side back in the summer of 2013 and in his first campaign the World Cup winner made 23 starts in all competitions and racked up nine goals.

In 2014/15 the rangy forward found his first team chances limited and made just five Premier League starts before he completed a return to the Bundesliga during the winter transfer window.

“I had a good time at Chelsea and was accepted in the team, so it’s difficult to explain why I left,” Schurrle explained, as quoted via Goal.com.

“My performances were good as well, but there was a time in my second season when I felt I didn’t have the manager’s trust any more and I didn’t play many matches from the start.”

“I don’t know why Mourinho didn’t trust me. It all felt a bit weird to me. I started a few games, was on the bench for a few, then started some more.” Schurrle added.

Since moving to Wolfsburg Schurrle has struggled for form, scoring just once in 25 appearances, and has seen his side sell prized asset Kevin de Bruyne to Man City over the summer.