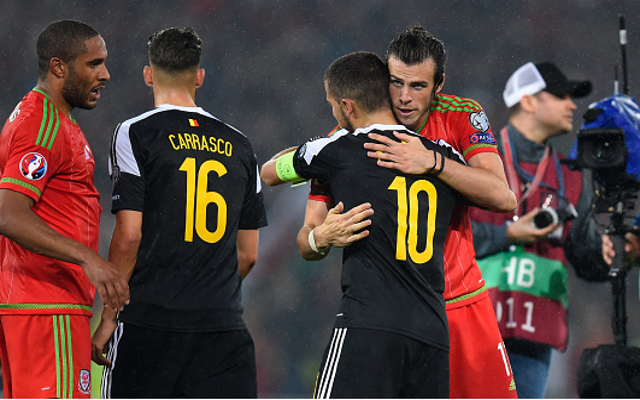 Real Madrid’s interest in signing Chelsea star Eden Hazard could pave the way for a successful Man United bid for long-term target Gareth Bale according to the excellent Sport Witness.

It’s believed that Real Madrid would consider an offer of £110m for 26-year-old Welsh international Gareth Bale, a fee that would smash the world record fee, which is held by the former Tottenham man who’s £86m move from White Hart Lane in 2013 is still to be bettered.

Gareth Bale has proven a success since moving to the Spanish capital, scoring 41 goals and providing 29 assists in 96 appearances for the La Liga side.

Louis van Gaal has spent a great deal since he took over at Old Trafford but the £256m he has invested in new players has been partly covered with £94m made from player sales and Man United’s money men appear happy to fund the Dutch manager’s forays into the transfer market and the capture of a player of Bale’s standing would act as a real statement of intent.