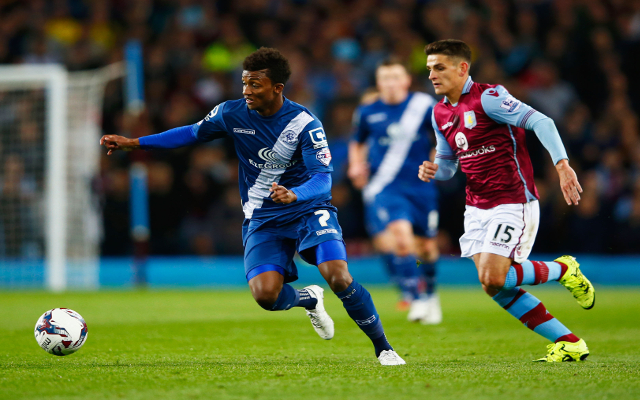 West Brom are readying a £3.5m bid for highly-rated Birmingham City winger Demarai Gray, according to the Daily Telegraph.

The 19-year-old locally-born wide-man is already into his third season in the St Andrews’ first team set-up and has been capped at England Under-20 level.

Last term, Gray racked up 43 appearances in all competitions and is a player with a bright future. He is such a talent that the Championship side may struggle to keep hold of him in light of interest from Premier League sides.

The Daily Telegraph claim that whilst Norwich City and Bournemouth also retain an interest in Gray, Liverpool have an option to match any bid made before personal terms are discussed with any other side.

According to the Liverpool Echo, the Reds retain a long-term interest in the youngster, and could yet look to bring him to Anfield ahead of Gray’s other admirers.

Liverpool boss Brendan Rodgers is well known for his willingness to trust to youth and has helped to develop young talents such as Raheem Sterling, Emre Can and Jordon Ibe in recent seasons.

West Brom boss Tony Pulis has publicly spoken of his desire to bring in new additions, and had the following to say [via the Daily Telegraph]: “The squad is small but we have brought some good players in. It’s not as strong as we wanted to and we certainly haven’t strengthened in certain areas where we were desperate to strengthen in.

“We hope we can bring four or five others in to add to the lads that we’ve got.”