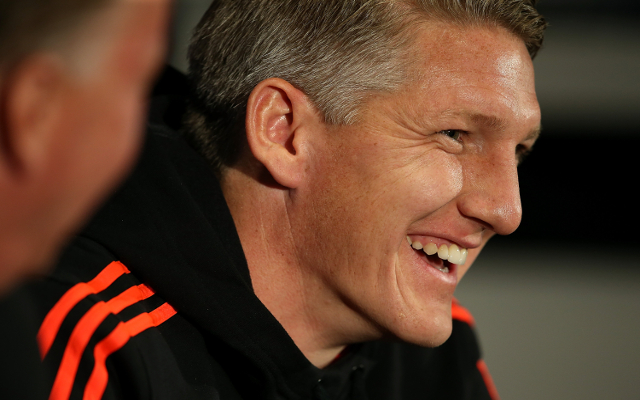 Man United new-boy Bastian Schweinsteiger believes his Old Trafford side have what it takes to secure a Champions League triumph this season according to quotes carried by the Metro.

Schweinsteiger moved to join Louis van Gaal’s side in an absolute bargain price in the region of £6m over the summer and the former Bayern Munich man has impressed thus far this term.

The experienced World Cup winner has featured in all seven of Man United’s Premier League fixtures this term and though the 30-year-old has a lot to offer van Gaal as the Dutch manager looks to fight on multiple fronts and the having won the Champions League in 2013 and when questioned as to whether his side could win the showpiece trophy Schweinsteiger stated;

‘Our biggest strength is our team spirit. But, of course, we have to do our work first of all.

‘We lost the first match against PSV Eindhoven and, as the manager said, we have to win our games at home and take it step by step.’