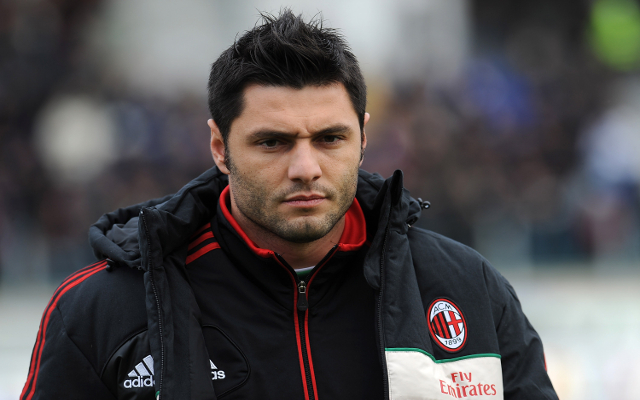 Chelsea have handed a trial to experienced keeper Marco Amelia as Jose Mourinho seeks to beef up his options between the sticks according to the Daily Telegraph.

The 33-year-old left AC Milan in the summer of 2014 before playing at Serie B side Perugia and turning out for amateur outfit Rocca Priora.

Though Amelia may not be tied to a contract right now it’s fair to say that the keeper has a good grounding of top level of experience and has been capped by Italy on nine occasions, albeit the last of these coming in 2009.

Belgian star Courtois has been ruled out until at least December following knee surgery and as such Mourinho is looking for a short term option to keep Begovic on his toes and Amelia may be a sensible option to consider.

Begovic has had an up and down time of it since taking over from Courtois though it would be unfair the blame for Chelsea’s uncharacteristically leaky defence.

Chelsea only named 19 players over the age of 21 in their 25-man Premier League squad and as such there would be room for Amelia, should Mourinho elect to sign the veteran goalie.