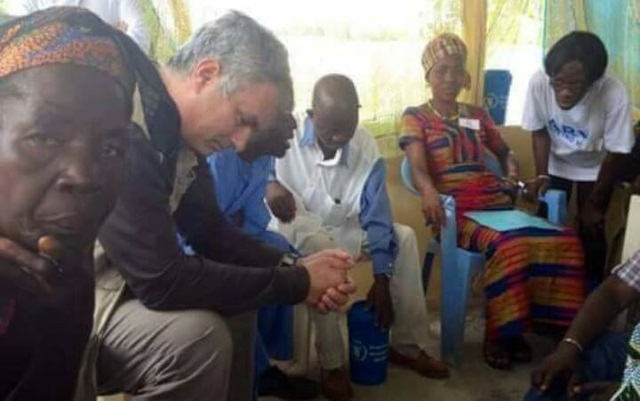 A remarkably intimate photo of Jose Mourinho has emerged at a West African prayer group, seemingly proving just how desperate things are getting for Chelsea this season.

Mourinho—it seems—has given up trying to remedy the Blues’ struggles by himself, and has resorted to seeking divine intervention in order to improve the Pensioners’ fortunes.

This photo seemingly captures the Portuguese coach at a Ghanaian prayer meeting, clearly wrought in dialogue with the Big Man Himself.

After seven matches, they find themselves down in 14th in the table, having won only two of their opening matches, losing three.

The Blues had been hoping to move on from a 2-2 draw with Newcastle United at the weekend with a positive result against Mourinho’s former club FC Porto in midweek. That defeat, however, ensures that the West Londoners’ troubles continue.