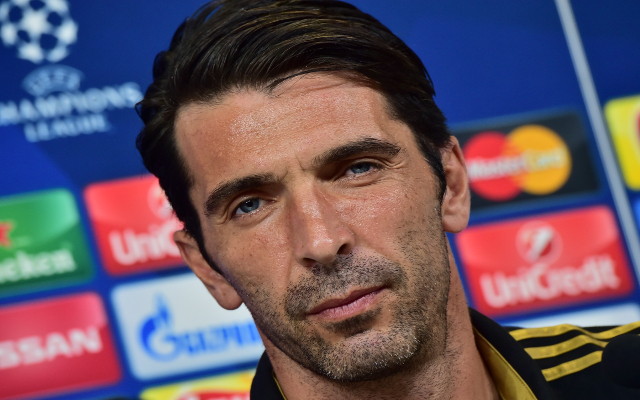 Veteran Italian international Gianluigi Buffon is keen on a stint in the Premier League before he hangs his goalkeeping gloves up according to talkSPORT.

The 37-year-old Juventus star is into his 15th season at the Turin based side and is one of the most decorated custodians in the history of the game and appears to have no immediate thoughts on retirement and given his form in recent campaigns it’s easy to see why.

Buffon has played a key role in keeping things tight at the back as his side completed four successive Serie A title triumphs and the World Cup winner still has a hankering for a move to England, stating;

“I would have loved to have played in the Premier League,” Buffon told Marca.

“I have spent 10 years at Parma, 15 at Juventus and I think I still have around two and a half years left at the top. There still may be an opportunity.”

Buffon has made a total of 542 appearances for Juventus, having played 226 times for Parma before his move to the Serie A giants, and has amassed an astonishing 150 caps for the Italian national team.