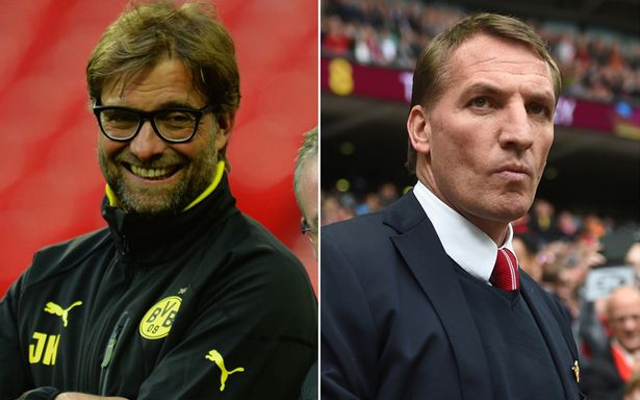 Liverpool’s owners FSG are not understood to be considering Jurgen Klopp as a potential replacement for Brendan Rodgers.

The Northern Irish coach has come under scrutiny recently following the Reds’ disappointing start to the campaign, and Klopp, as well as Carlo Ancelotti and Walter Mazzarri have been tipped as possible replacements for the under-pressure boss.

However, according to our sister site and Liverpool blog Empire of the Kop, one of these candidates can be ruled out immediately.

Would either of the other remaining candidates be a good choice to replace Rodgers?