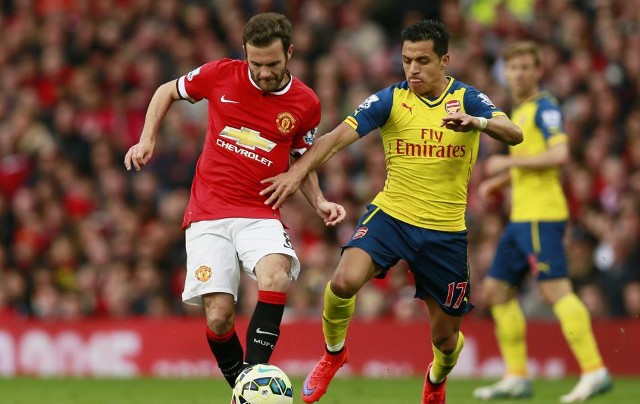 Arsenal and Manchester United meet in the Premier League this weekend for one of the biggest fixtures of the season, and here’s a look at how their best players could all fit into one superb combined XI…

One of the best goalkeepers in the world, it must be said that Manchester United goalkeeper David de Gea is ahead of Arsenal’s Petr Cech at the moment, even if the former Chelsea man has had the better career.

One of the best young defenders in Europe, Arsenal right-back Hector Bellerin is a superb attacking full-back and currently looks a better bet than United new-boy Matteo Darmian.

A player who scored against United in the FA Cup last season, Nacho Monreal has shown tremendous improvement in recent months and is now surely one of the most underrated defenders in the game.