How does Ronaldo’s record compare against Messi and other greats?

Real Madrid star Cristiano Ronaldo made it 501 career goals this week as he struck two goals in the Champions League, but how does his goals-per-game record compare to other high-scoring forwards? 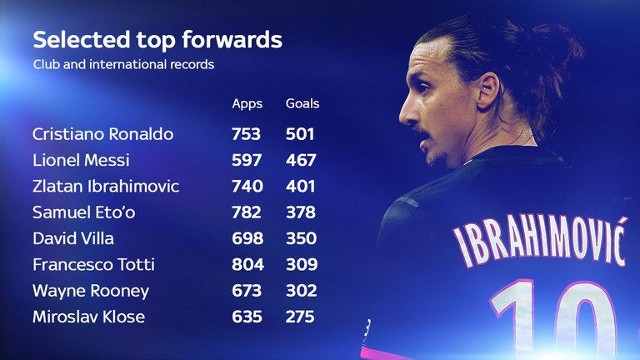 Ronaldo’s record of 501 goals in 753 appearances gives him a record of 0.66 per game, but that’s not the best in the world at the moment. See below for our full breakdown: