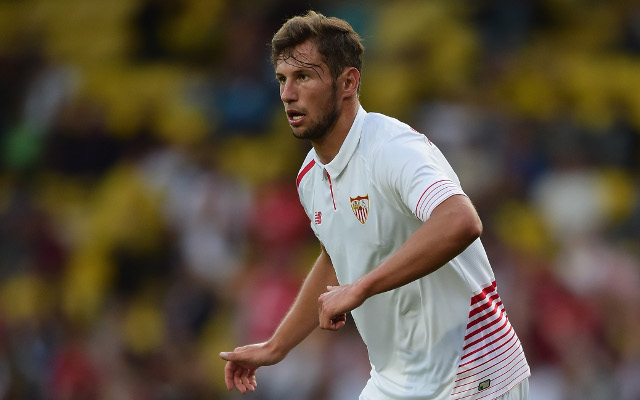 It’s some bad Arsenal transfer news for Gooners today as Sevilla midfielder Grzegorz Krychowiak closes in on signing a new contract to commit his future to the La Liga club.

The Polish international seems content to remain with the club after finding top form since moving to Spain, despite interest from big names like Arsenal and Real Madrid during the summer.

Krychowiak is now known to be valued highly by Sevilla, who will want to keep him tied down to a new deal with a higher release clause than his current £22m.

According to Fichajes.net, the 25-year-old seems likely to accept terms to stay with the club, in further disappointing news for Arsene Wenger in the transfer market.