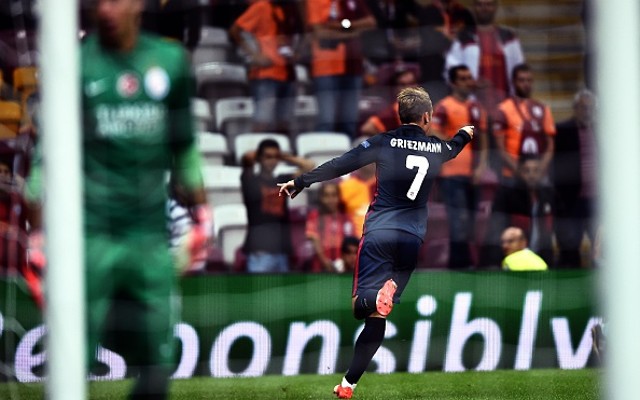 Some surprise Arsenal transfer news has emerged today as the Gunners reportedly line up a £45m move to sign Atletico Madrid forward Antoine Griezmann ahead of the likes of Chelsea and Manchester United.

According to sources in Spain, Arsene Wenger could be ready to get his chequebook out and splash the cash on this world class attacking player, though it is not clear if the bid will come in January or next summer.

Arsenal have spent big on players like Mesut Ozil and Alexis Sanchez in recent times, but didn’t do enough to improve their squad in the summer just gone.

It is now claimed that a move for £45m-rated Griezmann could now be their priority to add goals and quality to their side, though some will no doubt feel an out-and-out centre-forward is needed more.

However, in other Arsenal transfer news today, Arsenal have also been linked again with Napoli striker Gonzalo Higuain, in a swap deal involving Olivier Giroud.