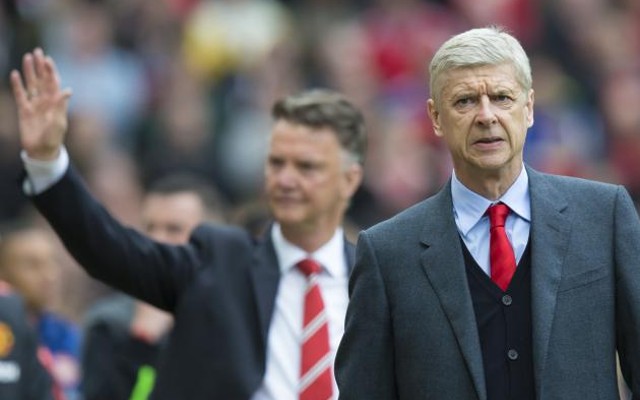 Is this once-classic rivalry about to become the Premier League’s joke fixture?

Let’s not kid ourselves, neither team on show as Arsenal take on Manchester United at the Emirates Stadium this weekend can or will win the Premier League title this season.

Both sides are increasingly becoming laughing stocks and shadows of their former great selves. In a sense, this Sunday’s game could end up being a hugely entertaining goal fest in the vein of those old classics between Liverpool and Newcastle United. Both sides are capable of glaring errors, great performances one week, awful the next, and neither is settled defensively, but has the attacking players on show to provide a moment of magic.

Once a battle between the two biggest sides in the country, once THE big game of the Premier League calendar, these are now two clubs badly on the wane; Louis van Gaal has done some good work, but cannot hope to replicate the legendary Sir Alex Ferguson. Arsene Wenger, meanwhile, has massively underachieved and spoiled the reputation he made for himself in his early years in English football.

It is nearly impossible to call this match, as you wouldn’t back either side to put in an assured effort to display their ability to dig deep and win when it matters. Both sides are fragile and starved of the great players and leaders, the Patrick Vieiras and Roy Keanes of this world, that used to make this fixture such a delight.

Like Liverpool, United may never rediscover that fear factor that made them such a force. Like Tottenham, Arsenal may find they begin to adopt some similarities from the neighbours they so often mock – a losing mentality. While there should be great entertainment on show at the Emirates this weekend, it is becoming increasingly clear that the real winners will be the real title favourites Manchester City.