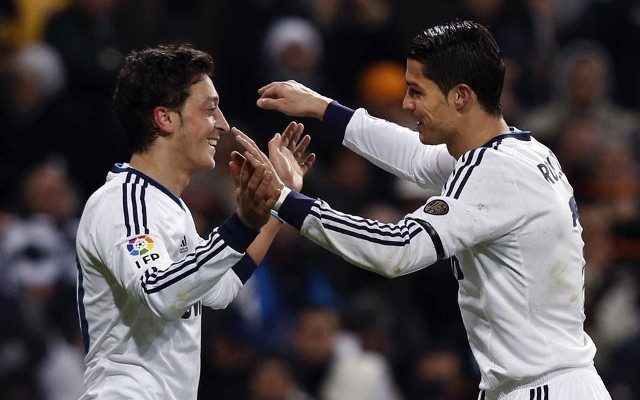 Ultimate Ronaldo XI from his career so far.

A look at a best XI of players Cristiano Ronaldo has played with in his career with Manchester United and Real Madrid, including the man himself…

One of the best goalkeepers of all time, Iker Casillas was a terrificant servant for Real Madrid despite a dip in his later years.

An all-time great in the Premier League, Gary Neville is a Manchester United legend who played his part in Ronaldo’s great success at Old Trafford.

Another much-loved United great, Patrice Evra was a big-game player for the Red Devils and struck up a fine partnership with Ronaldo on the left-hand side.