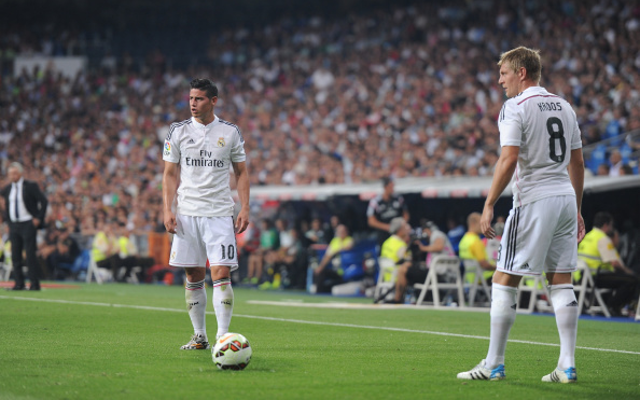 Van Gaal may be able to sign long-term target as he seeks exit this January.

Manchester United look to have been given fresh hope of signing Real Madrid midfielder Toni Kroos ahead of the next transfer window, according to reports in Spain.

The Red Devils are long-time admirers of the German World Cup winner, who has long been regarded as one of the finest creative playmakers in the world.

Kroos has proven a big hit since moving from Bayern Munich to Real Madrid in the summer of 2014, but it now looks like he is unhappy with his role in the side under new manager Rafael Benitez.

According to Fichajes, United could now pounce as the 25-year-old possibly looks set to lose his place in the Real starting line up to summer signing Mateo Kovacic.