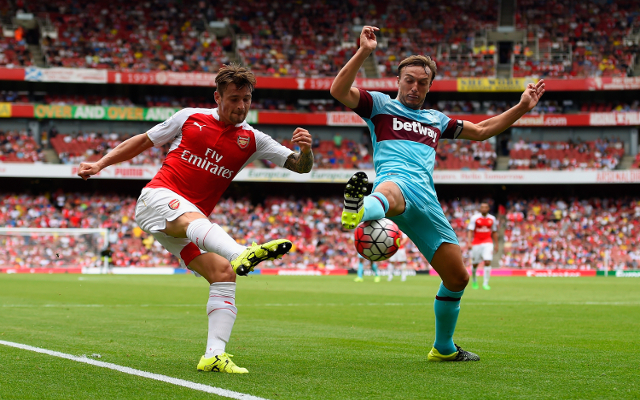 Shock as champions to raid Arsenal for experienced star.

Juventus could make a surprise raid for Arsenal right-back Mathieu Debuchy in this January’s transfer window, according to reports in Italy.

The French international is known to be concerned about a lack of first-team opportunities at the Emirates Stadium this season, having fallen behind exciting youngster Hector Bellerin in the pecking order.

Debuchy has previously been linked with the likes of Everton in a bid to move to keep his place in the France squad, but Football Italia now claims Juventus are keeping an eye on his situation.

The Italian champions could do with more depth at the back and the 30-year-old former Newcastle man could be a smart buy for relatively cheap this winter.